The Heritage
A Daughter’s Memories of Louis Bromfield

“For these things he will be remembered: the beginning novels, candid, sure, probing; the open-air, uninhibited rich life he led and taught others to lead; the man himself, shy, natural, generous, exuberant, contrary, as eager for a romp with his dogs as for an evening at the opera. They constitute the 'heritage' revealed by Mrs. Geld with warm affection.”

“In New York, in France, in Ohio, Bromfield is pictured as a man in the midst of a restless and occasionally brooding life. The same objectivity and a similar understanding informs Mrs. Geld's touching portrait of her mother, into whose sheltered New England life Bromfield came like a west wind which she could neither resist nor wholly respond to. With its ardor and understanding, and its responsiveness to all kinds of experience, The Heritage fits naturally alongside the best books of Louis Bromfield.”

Louis Bromfield, the Pulitzer Prize-winning writer, established one of the most significant homesteads in Ohio on his Malabar Farm. Today it receives thousands of visitors a year from all over the world; once the site of the wedding of Humphrey Bogart and Lauren Bacall, it was a successful prototype of experimental and conservation farming.

This lively, outspoken, and affectionate memoir preserves all things Louis Bromfield fought for or against in a life marked by surging vitality and gusto. He came from an Ohio family whose roots were in the land before the land was lost. He had his father’s love of the land, and from his willful mother a hunger to know the world. From the New York City of theaters, concerts, parties, and novels, and a life in France that his success allowed, he finally returned to Ohio and established a new order for his family and friends, and for his followers, a new orbit into which they were drawn.

Ellen Bromfield Geld wrote a memoir of the man who was Louis Bromfield, father and friend, tyrant and “Boss,” alive always to whatever was worth responding to in people and in places, yet complex and lonely as a writer must essentially be to work at his craft. Now revived in paperback thirty-five years after its first publication, The Heritage remains a moving tribute and the recreation of a remarkable human being.

Writer, farmer, and conservationist Ellen Bromfield Geld lives in Brazil. She has long written for Brazil's leading newspaper, O Estado de São Paulo, and is the author of nine books, including The Heritage, The Garlic Tree, and A Timeless Place for which she won an Ohioana Book Award.   More info → 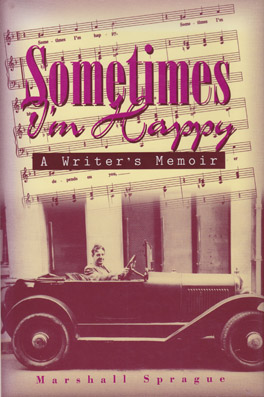