The Fifth Directory of Periodicals
Publishing Articles On American and English Language and Literature, Criticism and Theory, Film, American Studies, Poetry and Fiction

“Anyone involved with scholarly publishing will find this a useful and practical research tool.”

The Fifth Directory of Periodicals is expressly organized for scholars in the humanities who are looking for appropriate places to submit manuscripts for publication. The Fourth Directory, published by Donna Gerstenberger and George Hendrick in 1974, provided access to a large selection of periodicals, but it has been out of print for some time. Many new journals have appeared since it was printed—particularly in the areas of film, women’s studies, literary theory, interdisciplinary approaches to literature, children’s literature, comparative literature, and foreign language study—and some have stopped publishing. While this recent proliferation of publications in the humanities is a reassuring indication of the vitality of humanities scholarship, it can complicate a younger or unestablished author’s search for an appropriate publisher.

The First Directory of Periodicals was published by Gerstenberger and Hendrick in 1959 and quickly became an invaluable aid to academics. Since that time, it has become a standard book shelf companion to professors, librarians, and bookstore managers, as well as to university graduate classes in research and bibliography.

Because of the large number of entries in The Fifth Directory, it has been organized into six general categories: literature journals, criticism and theory, film journals, language and linguistic journals, American studies journals, and fiction and poetry journals.

An index supplies information on the scope and interests of each journal. There is also a guide to preparing manuscripts for submission that will be helpful to any scholar, but particularly to the newer ones.

Barlow’s presentation is clear, thorough, and accessible, and this directory will be an essential handbook for the humanities scholar publishing in the nineties.

Since June 1989, Richard G. Barlow has been a lecturer in the English department at the University of Nevada, Las Vegas. His Ph.D. is from the Univerity of Michigan, May 1976, with his dissertation being a critical edition of a potion of The Complete Works of George Gascoigne. Among his credits is an article in Scholarly Publishing, “Form in the Preparation of Scholarly Manuscripts,” that was adapted from his introduction to the Fifth Directory.   More info → 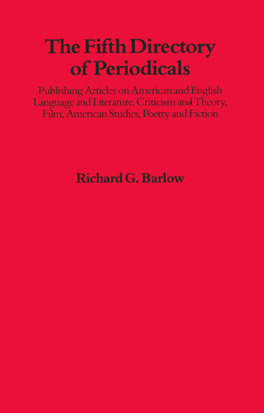 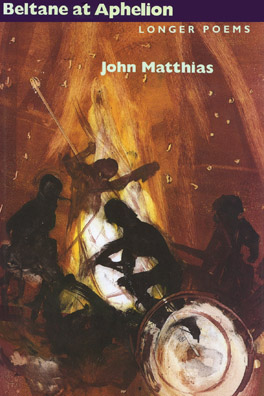 American and British Poetry
A Guide to the Criticism, 1925–1978
By Harriet Semmes Alexander

Critical essays provide sources for stimulating new thoughts and perspectives on poetry. Finding such essays on specific poems can be a frustrating experience for the scholar or the student. American and British Poetry: A Guide to the Criticism, 1925–1978 guides the researcher quickly to relevant sources of critical writing.Harriet

Sign up to be notified when new Journalism titles come out.