By William Luhr and Peter Lehman

“Their insightful discussion of Edwards’ treatment of sexual issues, marriage, and monogamy in Victor/Victoria, The Man Who Loved Women, Micki & Maude, and other films are a fascinating commentary of this heralded director’s career.”

In Volume 2 of their treatment of Blake Edwards’ work, William Luhr and Peter Lehman have continued their critical analysis of the films of one of the United States’ most prolific contemporary film directors. The director of such varied films as Days of Wine and Roses, Breakfast at Tiffany’s, and Revenge of the Pink Panther, Edwards’ work has become increasingly personal, experimental, and more overt in its treatment of sexual issues, particularly sexual identity, the mythology of masculinity, marriage, and monogamy.

In preparing this second volume, Luhr and Lehman also interviewed Edwards’ colleagues, friends, and those participating in his films as well as Edwards himself. The authors discuss S.O.S., Victor/Victoria, the seven Pink Panther films, The Man Who Loved Women, Micki & Maude, A Fine Mess, and Blind Date. Additonally, they examine the largely improvised, autobiographical That’s Life, which Edwards co–wrote with his analyst. They conclude with a brief discussion of his latest projects, including Sunset and a made–for–TV movie Justin Case.

William Luhr is a professor of English at Saint Peter’s College in Jersey City, New Jersey. He has written Raymond Chandler and Film (1982) and edited World Cinema Since 1945 (1987).   More info →

Peter Lehman is a professor of media arts at the University of Arizona and president of the Society for Cinema Studies. He has edited Close Viewings: An Anthology of New Film Criticism and was founding editor of Wide Angle.   More info → 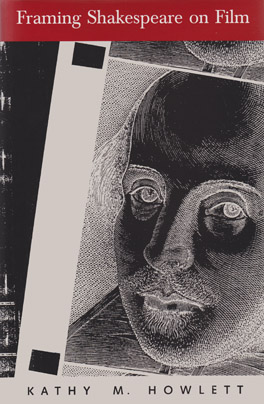 Sign up to be notified when new Film and Video - History and Criticism titles come out.