Mountain People in a Flat Land
A Popular History of Appalachian Migration to Northeast Ohio, 1940–1965

In the early 1940s, $10 bought a bus ticket from Appalachia to a better job and promise of prosperity in the flatlands of northeast Ohio. A mountaineer with a strong back and will to work could find a job within twenty-four hours of arrival.

But the cost of a bus ticket was more than a week’s wages in a lumber camp, and the mountaineer paid dearly in loss of kin, culture, homeplace, and freedom.

Numerous scholarly works have addressed this migration that brought more than one million mountaineers to Ohio alone. But Mountain People in a Flat Land is the first popular history of Appalachian migration to one community—Ashtabula County, an industrial center in the fabled “best location in the nation.”

These migrants share their stories of life in Appalachia before coming north. There are tales of making moonshine, colorful family members, home remedies harvested from the wild, and life in coal company towns and lumber camps.

The mountaineers explain why, despite the beauty of the mountains and the deep kinship roots, they had to leave Appalachia.

Stories of their hardships, cultural clashes, assimilation, and ultimate successes in the flatland provide a moving look at an often stereotyped people.

Carl E. Feather is a freelance writer, photographer, and newspaper lifestyles editor who lives with his wife and son in Kingsville, Ohio, where his parents settled when they migrated from West Virginia in 1956.   More info → 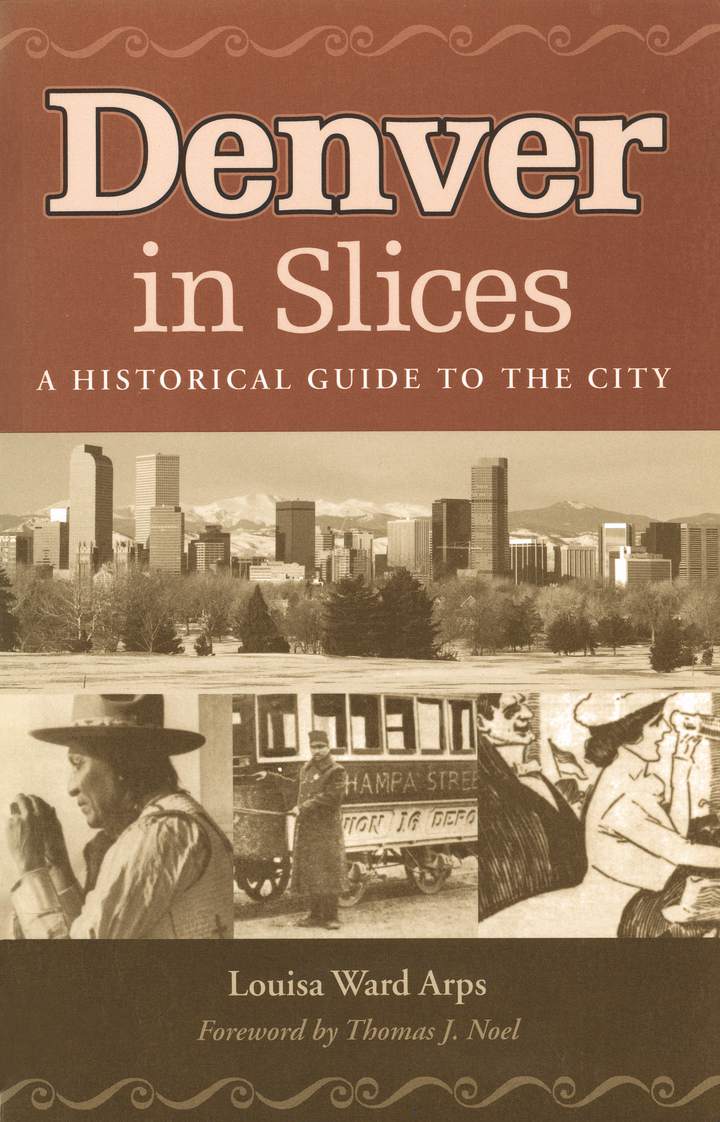 Denver in Slices
A Historical Guide to the City
By Louisa Ward Arps · Foreword by Thomas J. Noel

The Old West has been viewed from many perspectives, from the scornful to the uncritically romantic. But seldom has it been treated with the honest nostalgia of the wonderful accounts and pictures gathered in Denver in Slices.Ohio University Press/Swallow Press is proud to reissue this Western classic, which includes a brief survey of all Denver history, some slices depicting the most fascinating places and characters.

As a Wisconsin historical marker explains:“After 1837 the vast timber resources of northern Wisconsin were eagerly sought by settlers moving into the mid-Mississippi valley. By 1847 there were more than thirty saw-mills on the Wisconsin, Chippewa, and St. Croix river systems, cutting largely Wisconsin white pine.During long winter months, logging crews felled and stacked logs on the frozen rivers. Spring thaws flushed the logs down the streams toward the Mississippi River.