“In stories that break the heart and lift the spirit, Jane Candia Coleman captures the distinctive voices of women and the texture of their lives.”

This collection of stories by award-winning write Jane Candia Coleman is about women coming of age. In each one, the protagonist discovers facets, truths about herself and the world that she has not known—finds places in herself where she has never been.

“It’s long past time for women to explain themselves in fiction,” Coleman writes, “particularly literary fiction, to write about the world and their own emotions with that sensuality that characterizes women writers—to write from the inside out, and not vice versa.

“Living is a voyage of discovery, and I hope that the readers of these stories will identify with them and, perhaps, take courage from the actions of the characters I have had the pleasure of bringing to life.

“In no way did I mean to slight men in this collection. Rather, I hoped to elucidate the relationships between men and women (good and bad relationships) and the possible ways of continuing or ending such relationships.

“I have long admired D. H. Lawrence for the fact that he brought literature out of the Victorian Age, but I have also been frustrated by his inability to understand women. Several of these stories, particularly ‘Wives and Lovers’ and ‘La Signora Julia,’ were written as rebuttals to what I perceived as Lawrence’s innocence.

“The symbolism in ‘Wives and Lovers’ was unintentional, but it is there—the heart of the flower/the heart, mind, body of the female protagonist. So perhaps the most important point is that in Discovering Eve I have tried to elucidate what it is that a woman feels, and how, and why, from my own depths and from the depths of my characters who are struggling for wisdom, strength, the courage to survive.” 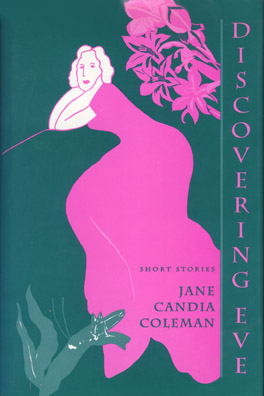 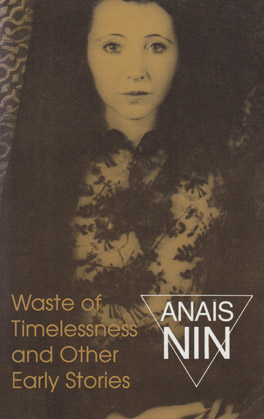 Waste of Timelessness and Other Early Stories
By Anaïs Nin

These stories precede all of Nin’s published work to date. In them are many sources of the more mature work that collectors and growing writers can appreciate.

Sign up to be notified when new Fiction titles come out.