“This is a provocative recasting of fundamental topics in southern African historiography: love, marriage, religion, gender. Natasha Erlank argues that the major force restructuring southern Africans‘ intimate lives was Christianity, not migrant labor. A masterful analysis of how religion shaped all aspects of Southern Africans’ public and private lives in the twentieth century.”

“Filled with memorable characters and riveting narratives, this book admirably captures the tangle of Christianity, gender and tradition. With an astute eye, Natasha Erlank elucidates the fine-grained intricacies of love, courtship, marriage, and sexuality through deeply researched and richly detailed thematic case studies—an essential contribution to feminist histories of Christianity in Africa.”

Lynn M. Thomas, author of Beneath the Surface: A Transnational History of Skin Lighteners and Politics of the Womb: Women, Reproduction, and the State in Kenya

An unprecedented study of how Christianity reshaped Black South Africans’ ideas about gender, sexuality, marriage, and family during the first half of the twentieth century.

This book demonstrates that the primary affective force in the construction of modern Black intimate life in early twentieth-century South Africa was not the commonly cited influx of migrant workers but rather the spread of Christianity. During the late nineteenth and early twentieth centuries, African converts developed a new conception of intimate life, one that shaped ideas about sexuality, gender roles, and morality.

Although the reshaping of Black intimacy occurred first among educated Africans who aspired to middle-class status, by the 1950s it included all Black Christians—60 percent of the Black South African population. In turn, certain Black traditions and customs were central to the acceptance of sexual modernity, which gained traction because it included practices such as lobola, in which a bridegroom demonstrates his gratitude by transferring property to his bride’s family. While the ways of understanding intimacy that Christianity informed enjoyed broad appeal because they partially aligned with traditional ways, other individuals were drawn to how the new ideas broke with tradition. In either case, Natasha Erlank argues that what Black South Africans regard today as tradition has been unequivocally altered by Christianity.

In asserting the paramount influence of Christianity on unfolding ideas about family, gender, and marriage in Black South Africa, Erlank challenges social historians who have attributed the key factor to be the migrant labor system. Erlank draws from a wide range of sources, including popular Black literature and the Black press, African church and mission archives, and records of the South African law courts, which she argues have been underutilized in histories of South Africa. The book is sure to attract historians and other scholars interested in the history of African Christianity, African families, sexuality, and the social history of law, especially colonial law.

Natasha Erlank is a professor of history at the University of Johannesburg. Her research interests lie in the history of gender, marriage, and sexuality in Africa, within the broader context of colonialism and Christianity. Her new work examines the history of reproductive health in Africa from the 1940s to the 1990s.   More info → 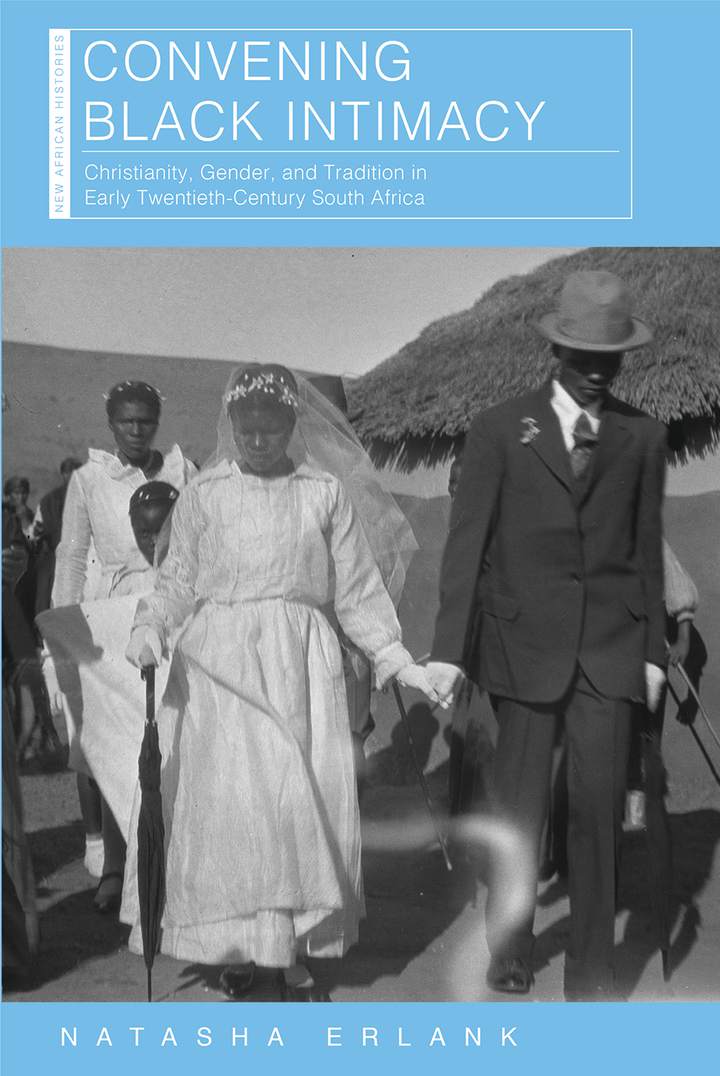 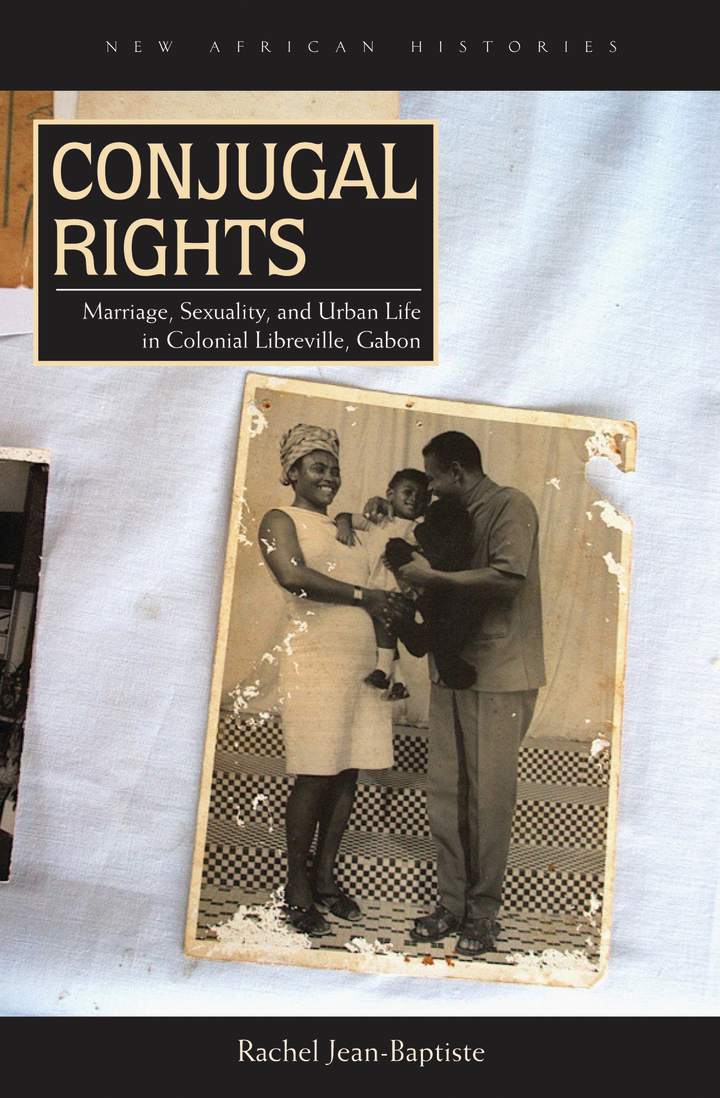 Conjugal Rights is a history of the role of marriage and other arrangements between men and women in Libreville, Gabon, during the French colonial era, from the mid–nineteenth century through 1960. Conventional historiography has depicted women as few in number and of limited influence in African colonial towns, but this book demonstrates that a sexual economy of emotional, social, legal, and physical relationships between men and women indelibly shaped urban life.Bridewealth 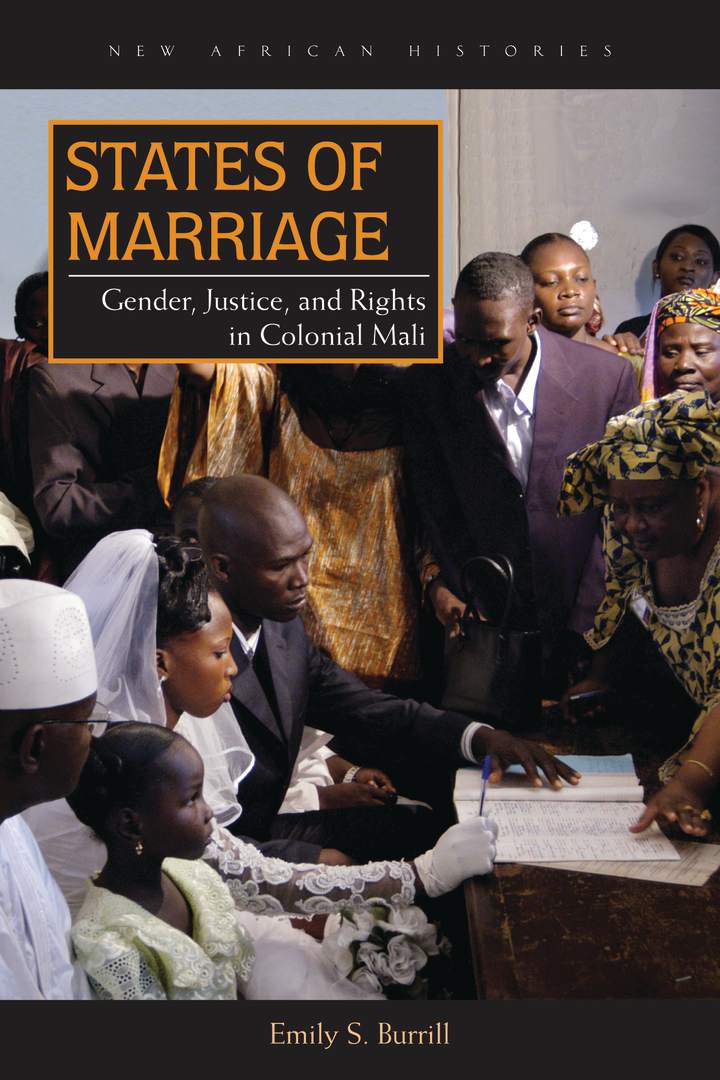 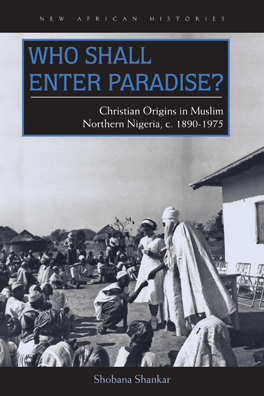 Who Shall Enter Paradise? recounts in detail the history of Christian-Muslim engagement in a core area of sub-Saharan Africa’s most populous nation, home to roughly equal numbers of Christians and Muslims. It is a region today beset by religious violence, in the course of which history has often been told in overly simplified or highly partisan terms.