“Body Story conveys a vivid, direct experience. I especially love the contrast between her girlhood and the time of her adolescence, when her virginity was at stake and when she began wanting a body that was almost too thin to see. It is a beautifully written story.”

Linda Leonard, author of The Wounded Woman and Witness to the Fire: Creativity and the Veil of Addiction

“Avoiding the cliches and conventions of the usual eating disorders memoir, Julia De Pree’s Body Story captures the complexity and fragility of one woman's struggle to attain peace with her body. In language that is both spare and lyrical, De Pree creates a compelling narrative that is hard to put down.”

“Julia K. De Pree's memoir Body Story is as sparse and clear as the American plains. Her journey from anorexia to a state of well-being serves as both comfort and warning to other contemporary women—women who believe in ‘having it all’—that even though old demons may continue to haunt them, in moments of fleeting bliss these demons can be conquered.”

Alice Carey, author of I'll Know It When I see It: A Daughter's Search for Home in Ireland

Something other than a memoir of a life well lived, Body Story conveys Julia K. De Pree’s troubling journey from adolescence to adulthood and from anorexia to health.

For De Pree, between being a girl and being a woman, there was starvation. Body Story is her intimate account of girlhood, virginity, anorexia, and motherhood. De Pree’s prose is spare and unguarded, revealing in vivid flashbacks and poignant vignettes the sources of her inner pain.

In high school, the five-foot-ten De Pree weighed as little as 114 pounds. She was too weak to raise her arms above her head. “In a paradoxical way, I starved my body in order to understand my life,” she writes. “I had to place my body in suspension before I could move physically into sexuality. Starving allowed me to create an interim space between innocence and experience.”

De Pree renders the starkness of anorexia along with the process of recovery, relapse, and, ultimately, redemption. She also tells the story of the physical landscape, from her origins in the Midwest to the American South, Paris, and the vast New Mexican desert, as well as the psychic landscape of her body as it encounters the joys and challenges of maturation, childbirth, and motherhood.

De Pree offers readers a new way of understanding women’s bodily experience, as she writes about the mystery and the meaning of her illness. As many as eight million Americans suffer from eating disorders. Body Story, unlike clinical reports or news accounts, illuminates the complexity of anorexia as the narrative moves toward a subjective and deeply personal truth.

This evocative and often radiant vision is a unique window into womanhood and selfhood in middle-class, contemporary America.

Julia K. De Pree is an associate professor of French at Agnes Scott College in Atlanta. An award-winning poet, in her recent articles she explores the intersections between literary representation and psychoanalytic theory.   More info → 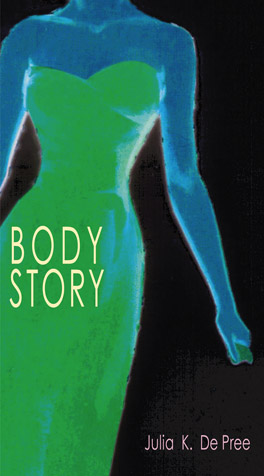 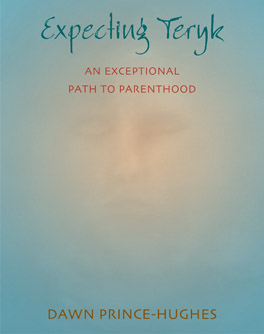 Sign up to be notified when new Memoir titles come out.