Novel of the Future

In The Novel of the Future, Anaïs Nin explores the act of creation—in literature, film, art, and dance—to arrive at a new synthesis for the young artist struggling against the sterility, formlessness, and spiritual bankruptcy afflicting much of modern fiction. Identifying those trends which she finds most destructive in modern fiction (reportage, the substitution of violence for emotion, and the growing cults of ugliness, toughness, and caricature), Nin offers, instead, an argument for and synthesis of the poetic novel.

Drawing upon such related arts as filmmaking, painting, and dance, Nin discusses her own efforts in this genre as well as the development of such writers as D. H. Lawrence, Henry Miller, Lawrence Durrell, Marguerite Young, and Djuna Barnes. In chapters devoted to the pursuit of the hidden self, the genesis of fiction, and the relationship between the diary and fiction, she addresses the materials, techniques, and nourishment of the arts, and the functions of art itself.

This is an old edition of Novel of the Future. To order this book, please see our newest edition. 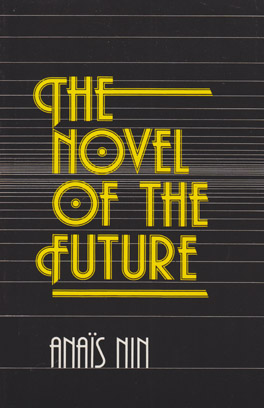 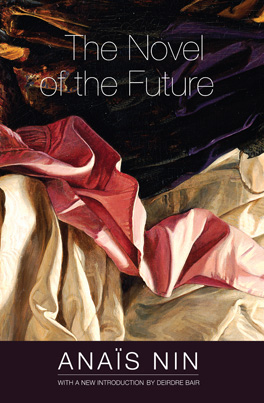