“A handful of perfectly told fables, and prose which is so daringly elaborate, so accurately timed… using words as magnificently colorful, evocative and imagist as any plastic combination or canvas but as mysteriously idiosyncratic as any abstract.”

“Although it is called a novel, [Collages] is really a chain, a sequence of storyportraits of people taken from real life, revolving around the central threading character of a young woman painter named Renate. The background is Los Angeles and its environs. Various pieces and shapes of characters are gracefully arranged, almost as if without any conscious sense of shape or pattern…. They are immensely compelling characters.”

“Collages began with an image which had haunted me. A friend, Renate, had told me about her trip to Vienna where she was born, and of her childhood relationships to statues. She told me stories of her childhood, her relationship to her father, her first love.

I begin the novel with:

Vienna was the city of statues. They were as numerous as the people who walked the streets. They stood on the top of the highest towers, law down on stone tombs, sat on horseback, kneeled, prayed, fought animals and wars, danced, drank wine and read books made of stone. They adorned cornices like the figureheads of old ships. They stood in the heart of fountains glistening with water as if they had just been born. They sat under the trees in the parks summer and winter. Some wore costumes of other periods, and some no clothes at all. Men, women, children, kings, dwarfs, gargoyles, unicorns, lions, clowns, heroes, wise men, prophets, angels, saints, and soldiers preserved for Vienna a vision of eternity.

As a child Renate could see them from her bedroom window. At night, when the white muslin curtains fluttered out like ballooning wedding dresses, she heard them whispering like figures which had been petrified by a spell during the day and came alive only at night. Their silence by day taught her to read their frozen lips as one reads the messages of deaf mutes. On rainy days their granite eye sockets shed tears mixed with soot.

Renate would never allow anyone to tell her the history of the statues, or to identify them. This would have situated them in the past. She was convinced that people did not die, they became statues. They were people under a spell and if she were watchful enough they would tell her who they were and how they lived now.

If I had been asked then what was going to follow the description of the statues, I could not have answered. I was fascinated by the image of these many statues and of the child Renate inventing stories about them and dialoguing with them. It may have been that this image expressed the feeling I often had that people appear to us as a one-dimensional statue until we go deeper into their life story. People are like mute statues under a spell of appearance, and static, until we let them whisper their secrets. And this only happens at night. That is, when we are able to dream, imagine, and explore the unconscious. We see the external self. Because Collages took its images from painting and sculpture, I liked the idea that sculpture and painting could become animated, speaking, confessing, and then in daylight returning to their previous forms as statues or paintings. They spoke only to the artist. To me it meant dramatizing our relation to art, one feeding the other, the interrelation between human beings and the artist’s conception of them. In daylight (consciousness) we catch them all only in one attitude, one form. At night, we discover their lives.”

This is an old edition of Collages. To order this book, please see our newest edition. 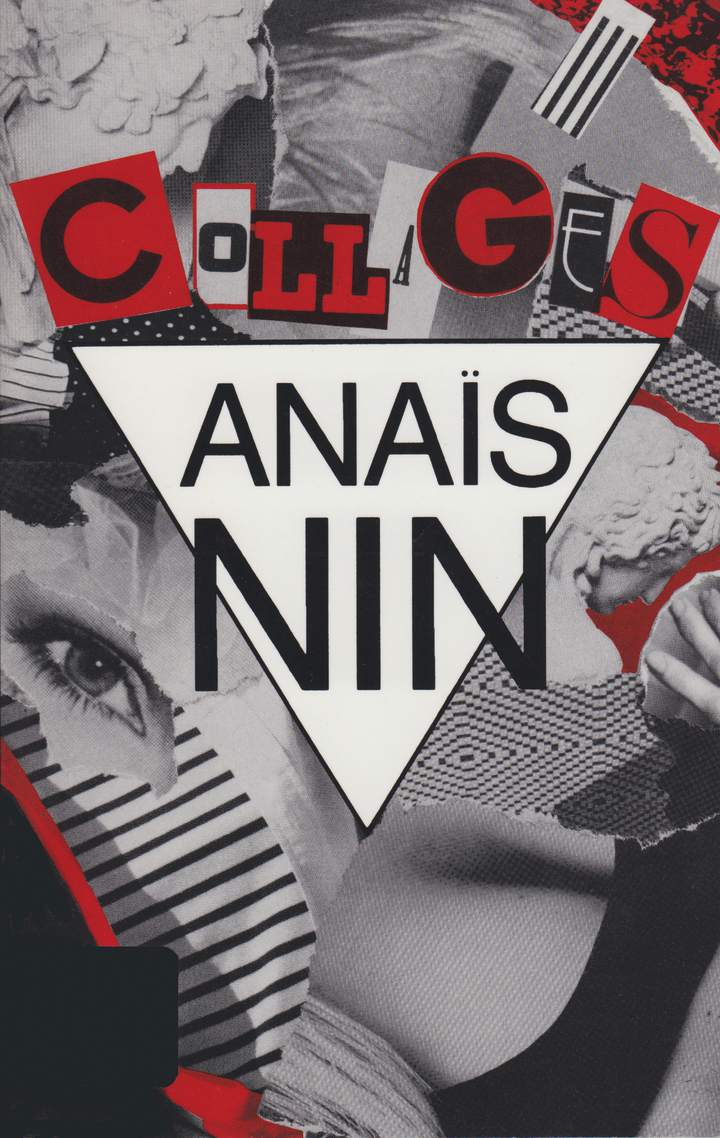