Sue Ann Painter, a cultural and political historian, is director of the Architectural Foundation of Cincinnati. Her historical publications have won local, state, and national awards. Her most recent book, William Henry Harrison: Father of the West, is the first in a series on Ohio Presidents. 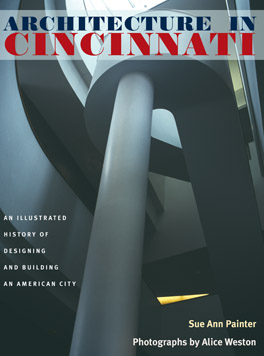 Cincinnati was the first “great” city founded after American independence, and its prodigious growth reflected the rise of the new nation. Its architecture is a testament to that growth and to the importance of the city itself.Architecture in Cincinnati: An Illustrated History of Designing and Building an American City traces the city’s development from the first town plans of the 1780s to the city that it is today, renowned for its dramatic architectural achievements.