Steven M. Rosen is emeritus professor of psychology at the College of Staten Island of the City University of New York. His philosophical works include Dimensions of Apeiron: A Topological Phenomenology of Space, Time, and Individuation and Science, Paradox, and the Moebius Principle: The Evolution of a “Transcultural” Approach to Wholeness. 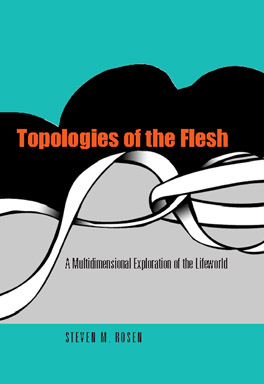 Topologies of the Flesh
A Multidimensional Exploration of the Lifeworld
By Steven M. Rosen

The concept of “flesh” in philosophical terms derives from the writings of Maurice Merleau-Ponty. This was the word he used to name the concrete realm of sentient bodies and life processes that has been eclipsed by the abstractions of science, technology, and modern culture. Topology, to conventional understanding, is the branch of mathematics that concerns itself with the properties of geometric figures that stay the same when the figures are stretched or deformed.Topologies