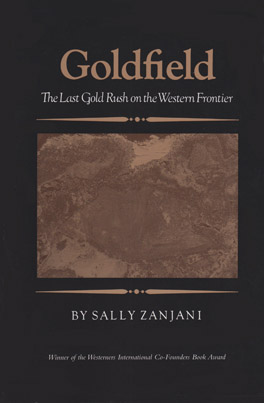 “The discovery of Goldfield, Nevada, in 1902, along with the earlier discovery of Tonopah in 1900, marked the revival of mining in Nevada. Mining production, which had escalated after the discovery of the Comstock Lode in 1859, dropped to almost nothing with the decline of the Comstock in the 1870s. Without continued mining production, the state entered what proved to be a twenty-year depression period that ultimately led some observers to suggest that Nevada be deprived of its statehood.