Ruth Watson is a lecturer in history at Birkbeck College, University of London 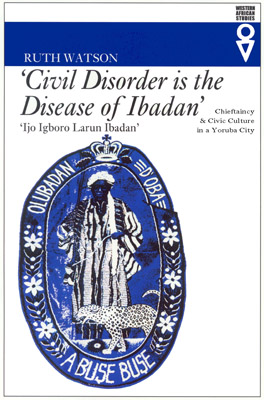 Civil Disorder Is the Disease of the Ibadan is a study of chieftaincy and political culture in Ibadan, the most populous city in Britain’s largest West African colony, Nigeria. Examining the period between 1829 and 1939, it shows how and why the processes through which Ibadan was made into a civic community shifted from the battlefield to a discursive field.