Robert H. Moser is an associate professor of Portuguese and Brazilian studies at the University of Georgia. His publications include articles, book chapters, and reviews in the areas of Portuguese, Brazilian, and Lusophone African literature and culture. He is the coeditor of the forthcoming Anthology of Luso-American Literature. 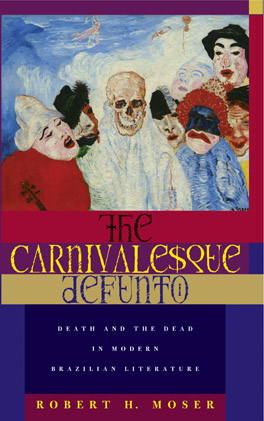 The Carnivalesque Defunto
Death and the Dead in Modern Brazilian Literature
By Robert H. Moser

The Carnivalesque Defunto explores the representations of death and thedead in Brazil’s collective and literary imagination. The recurring stereotype of Brazil as the land of samba, soccer, and sandy beaches overlooks a more complex cultural heritage in which, since colonial times, a relationship of proximity and reciprocity has been cultivated between the living and the dead.Robert