Robert Rebein grew up in Dodge City, Kansas, where his family has farmed and ranched since the late 1920s. A graduate of the University of Kansas and Washington University in St. Louis, as well as England’s Exeter University, Rebein teaches creative writing and directs the graduate program in English at Indiana University Purdue University in Indianapolis.

In addition to Dragging Wyatt Earp, he is the author of Hicks, Tribes, and Dirty Realists, a study of the role of place in contemporary American fiction.

He lives in Irvington, on the east side of Indianapolis, Indiana, with his wife, Alyssa Chase, and their two children, Ria and Jake. 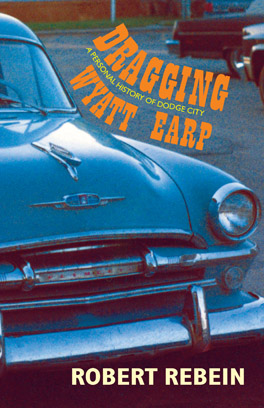