Mark Harril Saunders was born and raised in the Washington, D.C., area and holds degrees from the University of Pennsylvania and the University of Virginia, where he was a Henry Hoyns Fellow. He has traveled extensively in Europe, the Middle East, the former Soviet Union, and China. His writing has appeared in the VQR, Boston Review, and the Virginian-Pilot, and in 2001 he was awarded the Andrew S. Lytle Prize for fiction from Sewanee Review. He lives in Charlottesville, Virginia, with his wife and three children. 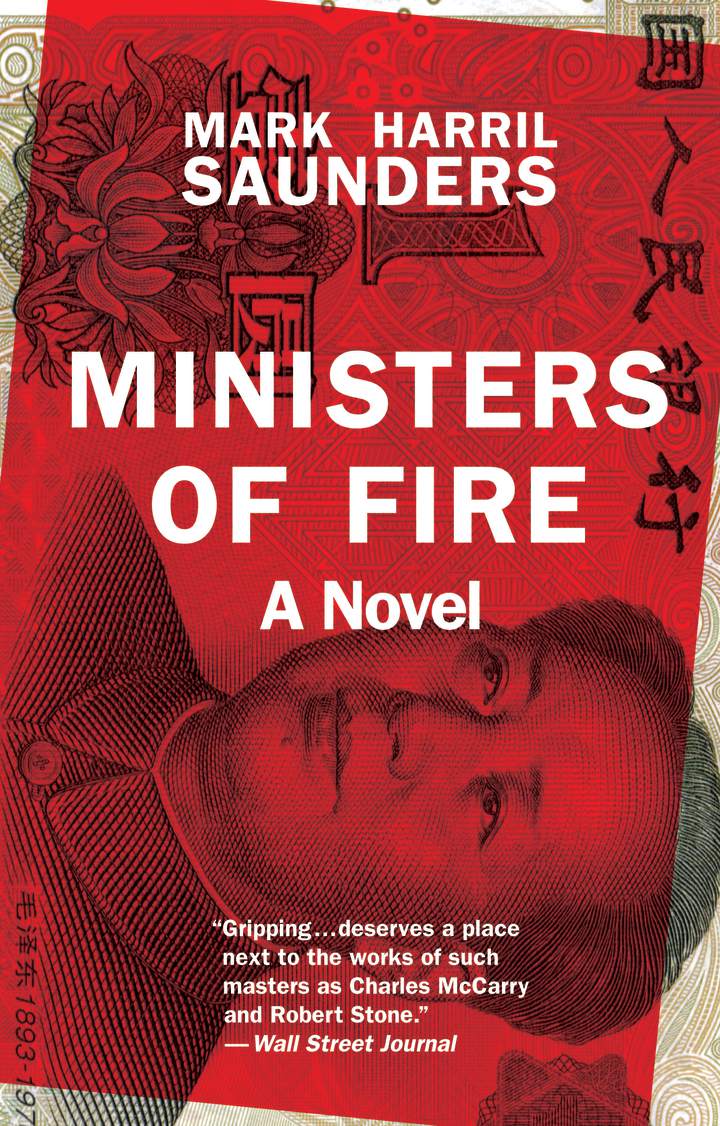 Ministers of Fire
A Novel
By Mark Harril Saunders

Kabul, Afghanistan, 1979: CIA station chief Lucius Burling, an idealistic but flawed product of his nation’s intelligence establishment, barely survives the assassination of the American ambassador. Burling’s reaction to the murder, and his desire to understand its larger meaning, propel him on a journey of intrigue and betrayal that will reach its ultimate end in the streets of Shanghai, months after 9/11.