An assistant professor of history at the University of Central Arkansas, Lorien Foote teaches courses on the Civil War and Reconstruction, nineteenth-century American history, and American military history. 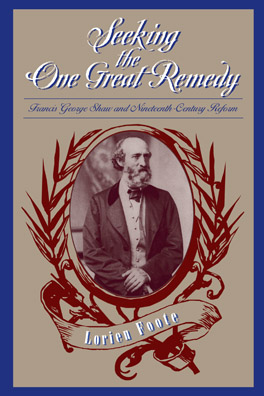 A radical abolitionist and early feminist, Francis George Shaw (1809–1882) was a prominent figure in American reform and intellectual circles for five decades. He rejected capitalism in favor of a popular utopian socialist movement; during the Civil War and Reconstruction, he applied his radical principles to the Northern war effort and to freedmen’s organizations.A partnership with Henry George in the late 1870s provided an international audience for Shaw’s alternative vision of society.