Listed in: Literary Criticism · Yvor Winters and His Circle · Literature 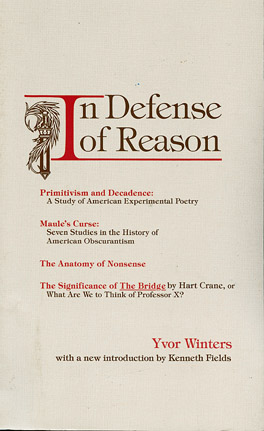