Judith Wambacq is a visiting professor in the School of Arts at University College Ghent. She has written extensively on poststructuralism and phenomenology, art, and French culture and has translated several texts by the French philosopher Bernard Stiegler into Dutch. 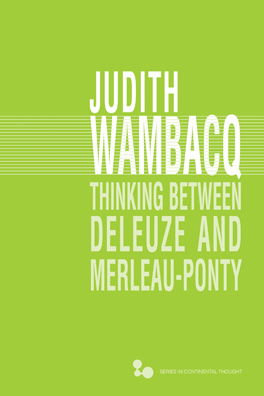 Thinking between Deleuze and Merleau-Ponty
By Judith Wambacq

Questioning the dominant view that Deleuze and Merleau-Ponty have little of substance in common, Judith Wambacq draws on unpublished primary sources and current scholarship in English and French to bring them into a compelling dialogue to reveal a shared concern with the transcendental conditions of thought.