John P. Richardson is a retired intelligence officer, Middle East specialist, and author of a previous study on the West Bank and Gaza Strip. He is an officer of two Washington area historical organizations and lives with his wife in Arlington, Virginia. 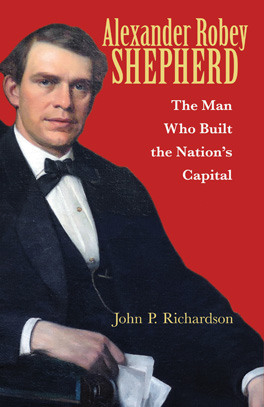 With Alexander Robey Shepherd, John P. Richardson gives us the first full-length biography of his subject, who as Washington, D.C.’s, public works czar (1871–74) built the infrastructure of the nation’s capital in a few frenetic years after the Civil War. The story of Shepherd is also the story of his hometown after that cataclysm, which left the city with churned-up streets, stripped of its trees, and exhausted.An