Jocelyn Alexander is a lecturer in commonwealth studies at the University of Oxford and the author of Violence & Memory: One Hundred Years in the ‘Dark Forest’ of Matabeleland. 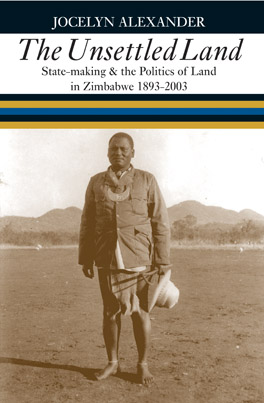 The Unsettled Land
State-making and the Politics of Land in Zimbabwe, 1893–2003
By Jocelyn Alexander

The Unsettled Land engages with the current debates on land and politics in Africa and provides a much-needed historical narrative of the Zimbabwean case.In early 2000, a process of land occupation began in Zimbabwe. It involved the movement of hundreds of thousands of black farmers onto mostly white-owned farms, often under the leadership of veterans of Zimbabwe’s 1970s liberation war. The Zanu (PF) government cast this moment as the end of colonialism.