Jane Hooper is an associate professor in the Department of History and Art History at George Mason University. She is the author of two Ohio University Press books: Feeding Globalization: Madagascar and the Provisioning Trade, 1600–1800 (2017) and Yankees in the Indian Ocean: American Commerce and Whaling, 1786–1860. Her scholarly interests include piracy, queens, and slave trading in the Indian Ocean. 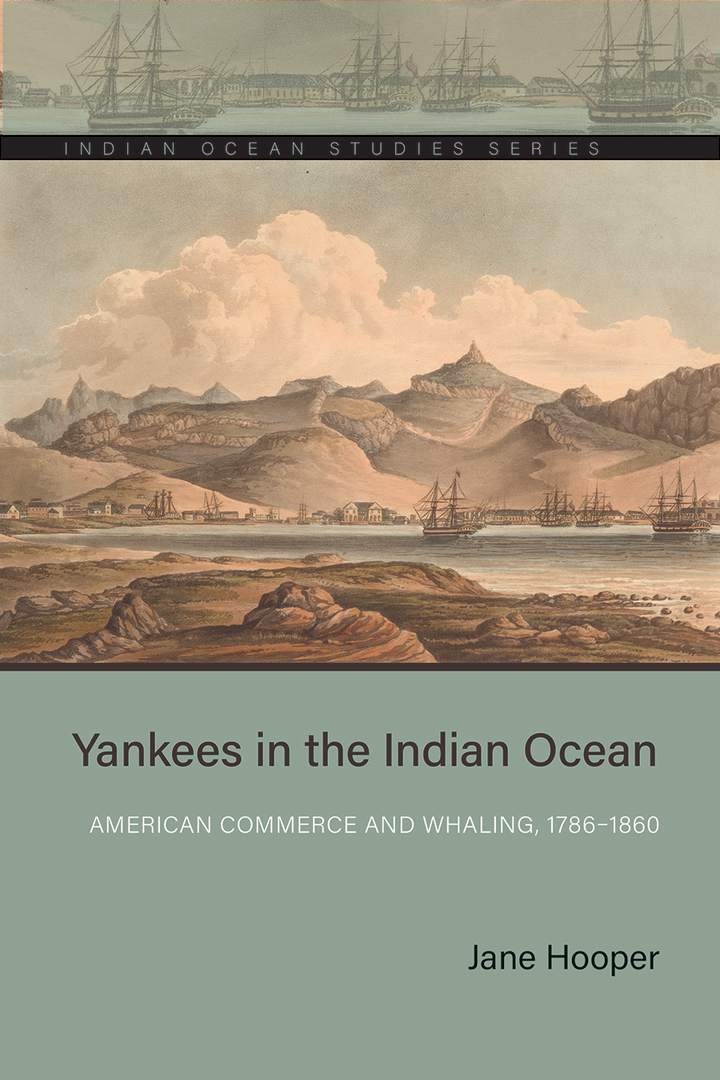 Yankees in the Indian Ocean
American Commerce and Whaling, 1786–1860
By Jane Hooper

This unprecedented study of nineteenth-century American merchant and whaling activity in the Indian Ocean shows how it shaped later US imperial incursions in the Pacific and Caribbean. Sailors’ journals and other primary sources reveal American influence on the period’s global commerce, illegal slaving, and environmental degradation.