Eric D. Olmanson is an institutional historian for the University History Project, University of Wisconsin-Madison. 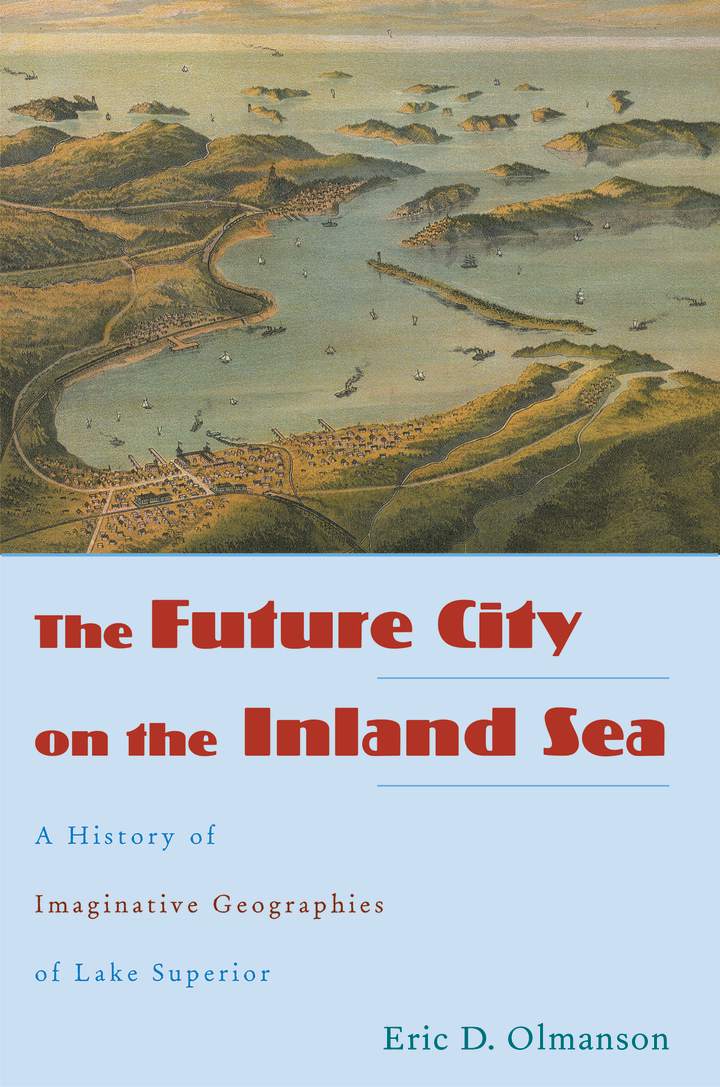 The Future City on the Inland Sea
A History of Imaginative Geographies of Lake Superior
By Eric D. Olmanson

Throughout the nineteenth century, the southern shores of Lake Superior held great promise for developers imagining the next great metropolis. These new territories were seen as expanses to be filled, first with romantic visions, then with scientific images, and later with vistas designed to entice settlement and economic development.