Conrad Totman, retired from a career teaching Japanese history at Northwestern and Yale universities, is the author of several books, including Early Modern Japan and The Lumber Industry in Early Modern Japan. 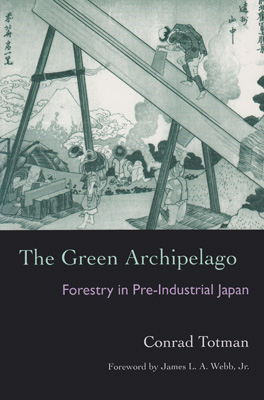 This inaugural volume in the Ohio University Press Series in Ecology and History is the paperback edition of Conrad Totman’s widely acclaimed study of Japan’s environmental policies over the centuries.Professor Totman raises the critical question of how Japan’s steeply mountainous woodland has remained biologically healthy despite centuries of intensive exploitation by a dense human population that has always been dependent on wood and other forest products.