Charles Champlin first began reporting about Hollywood in 1959 for Time magazine and covered movies and other arts for Time in London from 1962–1965. He has been the entertainment and arts editor of the Los Angeles Times since 1965 and its principal film critic since 1967. 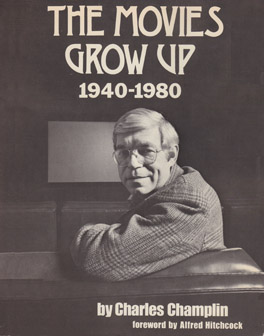