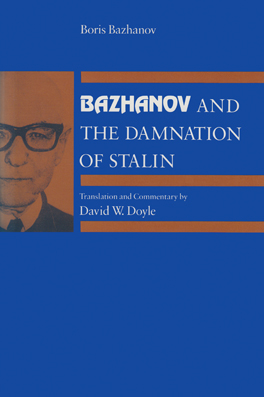 Bazhanov and the Damnation of Stalin
By Boris Bazhanov · Translation by David W. Doyle

On January 1, 1928, Bazhanov escaped from the Soviet Union and became for many years the most important member of a new breed—the Soviet defector. At the age of 28, he had become an invaluable aid to Stalin and the Politburo, and had he stayed in Stalin’s service, Bazhanov might well have enjoyed the same meteoric careers as the man who replaced him when he left, Georgy Malenkov. However, Bazhanov came to despise the unethical and brutal regime he served.