Andrea Kathryn Talentino is an associate professor of international relations at Drew University, Morristown, New Jersey. The author of numerous articles on military intervention and post-conflict rebuilding, she is currently focusing on the link between nation building and political violence. 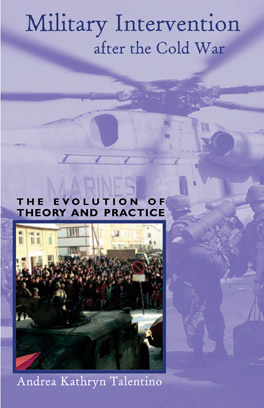